This widget requires JavaScript to run. Visit Site for more...
You are here: Home / Archives for obstacles to finishing college

Your first day of college is always exciting, whether you’re doing it through online learning or on a campus. But it’s only the beginning of the road to a bachelor degree. Unfortunately, statistics show that lots of students never quite get to the end of that road. Your chances of success are likely better if you’re aware of some common potential problems before you start. 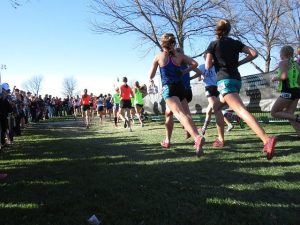 A study by the National Student Clearing House Research Center released in February of 2022 shows that just under two thirds of all students who start a college degree in the U.S. now complete it — but that’s within six years, not four (https://nscresearchcenter.org/completing-college/0). And while that statistic may not sound too bad, an article in Forbes points out that it translates into well over one million students dropping out of college each year Forbes article), In addition to that, less than half of all students graduate college on time, which is at the end of four years for a BA and two years for an Associate’s degree.

Oddly, a significant number of students quit when they’re just a few credits from degree completion. A new study done in Florida on 27,000 students who quit community colleges without obtaining their associate’s degree provides a good window into the reasons so many college students walk away from their programs (see study here). Here are some of the key hazards you need to navigate as a college student:

Financial Aid Can Run Out

More than two thirds of students in the Florida study left school because their Financial Aid dried up. That typically happened because they did not keep their grades up at a certain level required for aid or they earned credits too slowly. Most financial aid programs are not friendly to students who take more than for years to complete a bachelor’s degree program, for example.

Underestimating Tuition And Other College Costs

More than half the students in the Florida study gave up school simply because they didn’t realize how much tuition, fees and textbooks would actually cost at the start. For some, basic living expenses during school like rent, utilities, healthcare or childcare were too much to handle. A key caveat many students aren’t aware of is that tuition and other costs can rise relatively quickly during the four years of a bachelor degree program. By the final year, your costs can be a lot higher than they were in your freshman year.

Even if you attend college on campus today, you can expect to take a portion of your coursework online. Some students report that they quit school because they simply didn’t have the quality internet access needed to handle it. But others had a hard time learning because they either didn’t get the interaction they needed with professors online or because they simply weren’t used to doing work on a computer to study effectively.

Courses In Math And Science Are Just Too Tough

Math and science have become a more important part of the curriculum, even for humanities majors. An amazing 25% of all students in the Florida study said they gave up on getting a degree because the basic science and math courses required for their major were simply too difficult.

To defray the high cost of school, it’s typical for students to work nowadays as they study in college. But job changes can put a lot of pressure on study schedules. Many students report that they dropped out of school either because they had to switch from part-time to full-time employment, because they decided they needed to take a second job, or because they lost the job they had and could no longer continue to cover all their school expenses. On a potentially more positive note, some said they discontinued their studies because they decided to pursue a career path different than the one they had originally planned on, and didn’t need the degree any more.

Additional key issues:
Students who get strong grades in high school are far more likely to finish college than those with high school grades in the lowest 25% percentile.*