This widget requires JavaScript to run. Visit Site for more...
You are here: Home / Archives for transfer credits 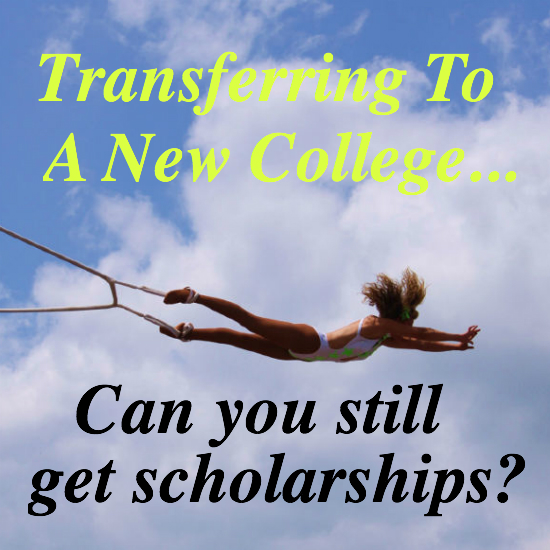 Most students in the U.S. do not pay anywhere near the published tuition rates for their college education. According to College Board, the true net, out of pocket cost after scholarships, tax credits and grants is less than 50% of the “official” tuition rate for most attending college.

But if you’ve completed some college and now wants to transfer to another school to get your degree finished, will you qualify for aid that will bring your tuition down? The answer is yes, but it may be more limited than what you could get starting out a two or four-year degree program.

First The Good News
The good news is that a lot of transfer students out there are getting at least some help to finish their degrees. According to the U.S. News & World Report, over 80% of small colleges and 67% of larger schools report that they give merit scholarships to transfer students.

Time Limits
But there are limitations, starting with Federal Pell Grants, the most widely used college aid program. A few years ago, the rules were changed so that now a student can receive a Pell for no more than 12 semesters in total, no matter how many schools he or she attends. The limit used to be 18 semesters, which gave a student a window of up to 8 years of time in school with financial aid. That was a big benefit to anyone who changed majors and had to start over, perhaps even more than once.

Smaller Numbers / Higher Grades
Many schools actually have scholarships set aside specifically for transfer students coming in to them. But they tend to be in a range of about $10,000. total — not bad but not enough to make a huge dent in the average bachelor degree program. And most of these programs are given on the basis of merit, which means that you will probably need to have a grade average well above 3.0 in your old school to qualify (There are exceptions — some schools give scholarships to those with lower grade averages. On the other hand, some want to see an average of 3.5 or above to give this kind of aid).

There’s also a very large scholarship program run by the Phi Theta Kappa Honor Society, which works with schools and a raft of corporate sponsors to give over $90 million per year in scholarships specifically to transfer students that can run as high as $30,000. They are offered to students at the associate’s, bachelor’s and master’s degree levels. Again, however, most are available only to high-performing students with grad averages of 3.5 or higher.

Online Schools
Many of the larger online schools, particularly the for-profit institutions, often do a bit more because the have a stronger focus on adult students. Kaplan University, American Intercontinental University and Kaplan University, for example, all offer scholarships to transfer students.

If you are transferring into a new college or university, make sure to ask your new school’s admission office about financial aid. Some schools will even have an office that’s dedicated to transfers.

Knowing how to transfer credits from one college to another is a key part of getting a degree program finished as quickly and economically as possible. The rules on transferring credits are not always cut and dried. You may find that putting in some extra effort – and pushing a bit for all the credits you deserve for previous study – yields you a a better result than approaching this as a formality.

The first and most important step is to hone in on exactly what degree you want to earn. Students use transfer credits most often into a bachelor degree program. But in some cases, it’s also possible to use transfer credits toward an associates degree. (Click here for a list of online completion degree schools that accept lots of transfer credits.)

Completion degree programs that allow students to transfer a lot of credits in tend to be career-oriented specialties like nursing, criminal justice or business rather than more academic subjects like history or philosophy. There are quite a few accelerated programs out there in “general studies.” You may, however, want to consider this kind of degree will get you the type of job you really want.

Can Online Be Credits Transferred?

The answer is yes in many cases, but it depends on the accreditation of the school where you earned those credits. If you didn’t confirm the accreditation status of the school you studied at the past, now is the time to do so. Many schools allow you to transfer college credits in only from colleges that are accredited by particular agencies. As you’re looking into degree completion programs at schools that interest you, take time to speak with all their admissions counselors. Make sure they give you specific answers on how much college credit transfer you can do from the particular school you attended and the specific courses you took. You don’t want to sign up for a degree program and then find that you can’t transfer your old college credits because they come from a school that fails the accreditation test. (more on understanding accreditation) Also, make sure to find out what your new school’s “residence requirement” is. It’s the minimum number of credits they require you take from them to get a degree with their school name on it. Finally if you are wondering “do online schools accept transfer credits?” the answer is also yes. In fact, many online colleges have more liberal transfer policies than campus-based schools.

Is It Better To Transfer With An Associates Degree?

Officially, it should not make a big difference whether you actually complete your assocate’s degree before transferring to a new school. There can be, however, a small advantage to having completed all the “basic” or “general education” courses normally included in an AA progran. If your new school accepts your associates degree in it’s entirety, you probably won’t have to spend much time trying to prove that each basic course you took matches one at your new school. You can simply start working on your elective courses for your chosen major. In some cases, having a completed associates degree can help you get admitted to a completion program if your new school has what’s known as an “articulation agreement” with your original school. If so, you may be able to transfer to the school you want with a relatively minor review process.

How Do I Send My Transcript To A College?

When you settle on which school you want to attend, you’ll virtually always need to have a transcript sent to their admissions office from your previous school or schools. Colleges almost never accept transcripts from a student directly – they want a signed and sealed version from your original school. Your transcript will be reviewed by your new school, after which you’ll get either a written or a phone notification of how many of your credits can be transferred to count toward your degree (you’ll also be told if any of your work experience can count).

You may have to deal with both an advisor’s office and an admissions office in this process. Don’t be overly shy about asking why you can’t transfer any college credits you feel they should be acccepting. If you explain the value of certain courses you have taken, your new school may be willing to change their mind and give you a more generous credit transfer. It can be a big tuition saver. At the end of this process, you’ll be given a list of courses you need to take in order to complete your degree. To make sure can transfer all the college credits you deserve:

Finally, be nice but don’t give up too easily. You have every right to get a specific answer from your school on why you can or cannot get transfer credit for each college course you took previously.

If you are looking to build up credits very inexpensively into transfer to a full degree program, one of the most interesting new options out there is StraighterLine, a company that’s come up with a way of helping students get the basic first year of college courses finished, often at a cost of under a thousand dollars. Courses are all offered online.

StraighterLine, recently called a “neat concept” by Forbes, has agreements with a variety of accredited colleges and universities that accept credits for it’s courses toward a full degree. Typical first year courses like Intro to Business or Developmental Writing can be taken at a cost of $99. per month, or $39. per course. After getting these frequently required courses under your belt, you are eligible to transfer credits for them toward a degree at a fully accredited university (see list below). The total savings to you from taking your freshman year classes through StraighterLine rather than a full priced school can run into many thousands of dollars, and you can still wind up with the degree from the full-priced school.

About Expert Author John O’Brien
John O’Brien has been a writer, editor and consultant in higher education for over 14 years. His background includes writing for insidehighered.com and The Chronicle of Higher Education. As editor of College Degree Complete, he has advised hundreds of adult students on how to transfer colleges without wasting the credits they’ve already accumulated, to finish their degree programs in the fastest and most affordable way.
Contact Me